What nose types are suitable for a non-surgical nose job?

Hi, welcome to botonics! My name is Naruschka Henriques. I’m here to talk to you about noses. I thought it would be a really good idea to talk about this because so many people have so many questions for me about noses that it would be great to go through all these things. The reason why people come for non-surgical nose enhancements is because it can address so many different issues that people have with their noses.

So, I’ll go through things like different nose shapes and different issues that people have with their noses that this procedure is good for a little bit later on. But just for the moment, it would be good to talk about why you would choose to have a non-surgical enhancement as opposed to a surgical rhinoplasty enhancement. I don’t want you to think that one is actually better than the other, but there are advantages of both and there are also disadvantages of both. So if we talk about the non-surgical enhancement we are talking about a procedure where you would have it probably within the space of anything between half an hour to an hour and then walk out of the clinic and go about your daily life. You can come in independently, have the procedure, and walk out. You don’t have the same degree of downtime that you would have with a surgery.

So, going back to the non-surgical procedure, it’s great for lots of people who need more minor or subtle changes to the nose partly because these are the things that tend to be much harder to achieve with surgery. So if you’ve got grooves or indentations in the nose that you’re not happy with, or if you have lumps and bumps that can be smoothed out then that’s a really good way to go about correcting it.

If you need to reduce the size. So i.e. your nose it too long or too high or too thick or too wide then you really need to think about having surgery. The best thing about the non-surgical option is actually we can to a certain extent cheat the eye or create a type of illusion by playing with the shape and therefore we can very often make a nose appear to be smaller by correcting the imperfections. We can make it more symmetrical. I can also lift a nose tip, I can make it straighter. I can also make the profile of the nose much better so not just the view of the nose when you look directly at a person face on, but also how their nose looks from the side.

The types of issues that a non-surgical nose enhancement is really good for correcting are things like irregularities in the bridge of the nose. So sometimes people have what we might refer to as a dorsal hump. So if I turn to the side and I point to this section here, sometimes people have a bump in the middle of their nose. Sometimes it can give a hook like effect to the nose if it’s also coupled with a downward turn and this can give you a curvature in the nose with the tip looking like it is quite droopy. So that, coupled with a dorsal hump, can give you a hook effect and that’s a really great procedure for a non-surgical nose enhancement to correct because we can straighten the hump and lift the tip to give you a much straighter nose.

Another really good problem that people have with noses that we can correct very nicely with a non-surgical nose enhancement is what we refer to as a saddle nose. So sometimes the nose is actually a little too low in the bridge of the nose which is the area above the tip and it can mean that perhaps the curve is just a little too deep and by reducing the depth of that curve or making the nose appear much straighter in the profile then that can make for a more aesthetically pleasing nose. The people with noses that are very ski slope or have perhaps quite an upturned nose, maybe they have a very deep curve in the nose, we can reduce the curve or actually we can make the nose much straighter.

There are other things I can do with this procedure too. I can sometimes narrow the nostrils to correct perhaps a flairing of the nostril. Sometimes the nostrils might appear very wide or too open, especially if it’s a very dominant feature on the face, so we can close some of that width, bring the nostrils in and make them less flaired, less rounded and a little more narrow which can also be more aesthetically pleasing.

It’s a great way to correct a columella which is actually the area that runs from the tip of the nose to the base and between the nostrils. This is an area that very often on lots of people isn’t straight. It may have a fold in it, or it may lean to one side and what that results in is no support actually for the tip of the nose. So this is a great procedure to straighten that out especially as well if that part of your nose is quite visible then it might be something you are quite conscious of. We can straighten that out and help to lift your nose tip and make it straighter for you.

So, there are lots of different issues that people come to me about with noses because every nose is so different. Every single nose is very individual, very unique, different size, different set of issues. You may have a combination of all these issue, I see that very frequently. But this is a great way to address them. So if you want to know more about whether this is an appropriate procedure for you, then get in touch and lets have a talk about it face to face and take it from there.

To discuss if a non-surgical nose enhancement might be suitable for you, kindly contact us and we will be delighted to organise a free consultation for you. 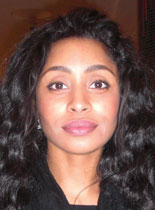